I recently got back from a trip to London with my boyfriend and originally we were going for maybe 2 or 3 days as I’ve been to London countless times before (and it is so expensive!) … but after discovering my boyfriend had never been, we decided to make a holiday of it and get as much done as possible! Having prepurchased our visitor Oyster cards and loaded them with credit as well as prebooking all the activities we planned to do in London we were all set.

(An Oyster card is a pay as you go travel card for use in London, the visitor card is easier to get than a normal oyster – as far as I am aware – and gives the user some discounts, it also makes a nice momento as its a plastic card.)

The initial reason for our trip was to go to Hyper Japan. I went last year and had such a great time. It’s a big convention focusing on all aspects of Japanese culture, traditional and modern with guest performers from J-pop artists to martial arts masters to technology showcases. I’ll cover this years Hyper Japan later in this series of posts 😀

Of course, things didn’t go exactly to plan and a tube strike on the day we arrived (the biggest in 13 years) really didn’t help things!

As I knew about the possibility of a tube strike I’d made plans to get to our hotel by using the clipper instead. 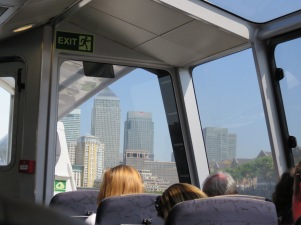 The clipper is a boat service that runs along the Thames, it wasn’t the cheapest option but it was a great way to travel and was a lot less stressful than the buses would have been! We purchased a day ticket from a ticket gate located at one of the stops (we went to the stop next to the London Eye.) We had a little bit a wait but nothing drastic, I read somewhere you can get a discount with an oyster card but the woman who served us – who I have to say was actually really rude – said this wasn’t the case.

It involved a bit of a walk from Euston station – where we arrived from Blackpool to the Thames in very hot weather, but it really could have been far worse. It was also not too busy and with it being a boat service there is a limited amount of space so you know it can’t get too crowded.

The queue for the Clipper at Canary Wharf 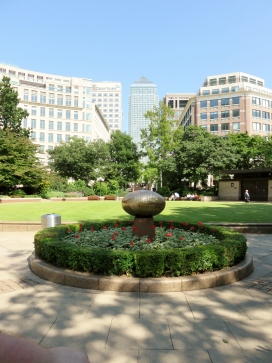 A park as soon as we entered Canary Wharf

It felt almost foreign to me

The next part of our journey

I noticed no rubbish on the streets, very wide open spaces, lots of marble (seriously everything was made of marble) and very, very expensive shops. We also noticed a lot of incredibly smart men using scooters… not the ones you sit on and would use on the road, not even the mobility type. When I say scooters I mean;

Now, where I live the only type of person who uses one of these things are small children and youg teens. I saw an eccentric old man using one once but other than that it is a kids thing; But in Canary Wharf we saw several professional looking sorts dashing around on them. Am I missing something?! Haha, made us laugh anyway xD

As we still had our suitcases and hadn’t made it to the hotel yet we went straight to the next part of our journey, the DLR.

The DLR is similar to the tube but it serves a smaller area of London – mostly the Docklands area. The train carriages are slightly different and they don’t have any drivers.

The DLR wasn’t affected by the strike – yay!

After a walk to the Thames, a ride on the Clipper, a walk through Canary Wharf and a DLR we finally arrived at our hotel. It took longer than it would have done if we’d have just used the tube stright from Euston but it was a great sightseeing adventure 🙂

We decided to head back into London now we didn’t have our suitcases, so back to Canary Wharf we went! 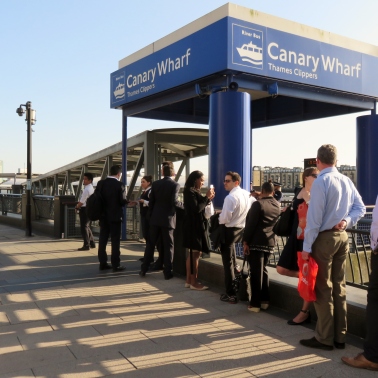 The queue for the Clipper… 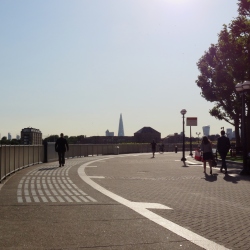 The Shard from Canary Wharf 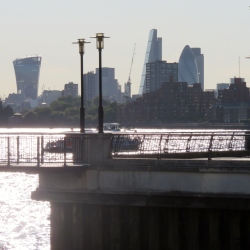 We arrived during rushhour. The queue for the clipper took quite some time to even get to the end of (the photos don’t really do the length justice) so we headed back to the DLR instead and went to the Tower of London.

Walking towards Tower of London 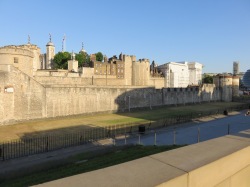 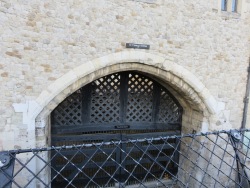 The Shard and HMS Belfast

After walking around the Tower of London and the area we headed to a Clipper stop and found there was only a very small queue of people waiting. Back to Canary Wharf! (Again!) 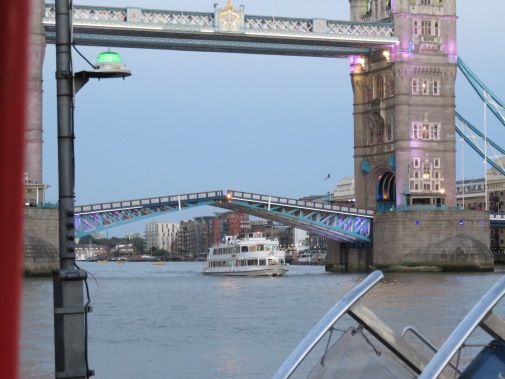 Whilst waiting for the clipper we were lucky enough to see Tower Bridge go up! 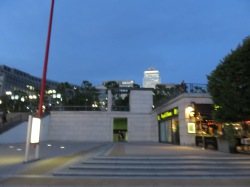 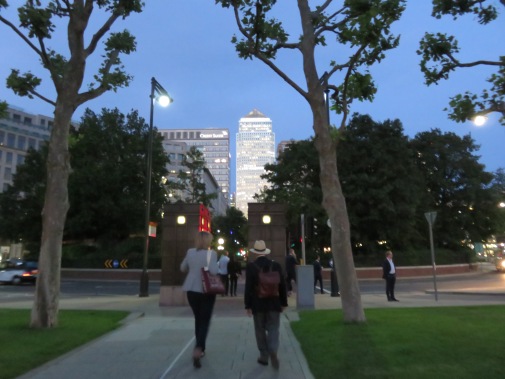 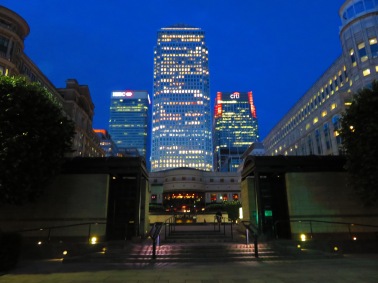 Then we headed back to the DLR station, got our train, arrived back at our hotel. Phew. Slightly sunburnt and very tired we headed straight to bed, the next day the tube strike would be over and we were going to be going to Hyper Japan! Yay!

One thought on “London Calling – Day One – Arriving into London during a tube strike!”